VideoRay
VideoRay News
Annual ROV Service & Checkup Is your VideoRay ready to perform at its best when you need it? Many systems spend months - or even years - in the closet. Or maybe it seemed a bit off somehow the last time you used it … Just like you need a annual check-up, your VideoRay system can benefit from a thorough checkout by experts at the ...
Continue reading
3732 Hits
0 Comments
Tags:
Annual ROV Service
Tweet
3732 Hits
0 Comments

VideoRay
VideoRay News
Each deployment this year was successful in rapid underwater location of victim, giving families closure without risk to divers IndyStar today released an extensive report on the benefits of VideoRay ROV systems in use by the Indiana Department of Natural Resources. Jim Hash of the DNR recounted that the systems found victims in hours, where before...
Continue reading
3452 Hits
0 Comments
Tweet
3452 Hits
0 Comments

VideoRay
VideoRay News
Delivery System sends VideoRay with Subsea Interchangeable Tooling to Inspect and Collect Interior Samples for of Large Storage Tanks Offshore The problem facing Dong Energy in the North Sea is daunting. More than 500 platforms that have produced oil and gas for years are coming to the end of their productive lives. Many of these rival the size of ...
Continue reading
3506 Hits
0 Comments
Tweet

SEPTEMBER 22, 2016 – VideoRay featured in the KEYSTONE EDGE: "‘Bringing the World to Pennsylvania,’ one company at a time

VideoRay
VideoRay News
'Bringing the World to PA,' one company at a time By Elise Vider on August 25, 2016 For Pennsylvania companies making everything from heavy vehicles and aerospace equipment to snowboards and candy, international markets are boosting the bottom line. But exporting goods and services across the globe can be daunting, especially for smaller companies....
Continue reading
2719 Hits
0 Comments
Tweet
2719 Hits
0 Comments

VideoRay
VideoRay News
Remotely Operated Vehicle serves as "Dive Team" Pottstown, PA -  In 2015, Howard County was facing a challenge with their many underwater response calls. They averaged one drowning a year plus several additional calls for the many reservoirs within the county. Each call required a mutual aid request from an outside agency, and response times w...
Continue reading
3305 Hits
0 Comments
Tweet 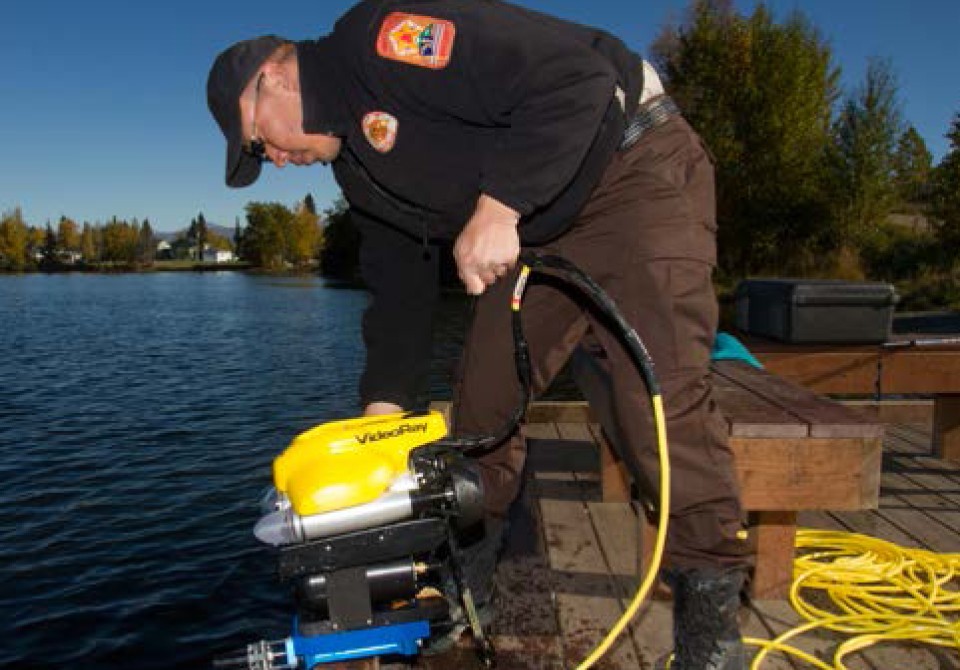 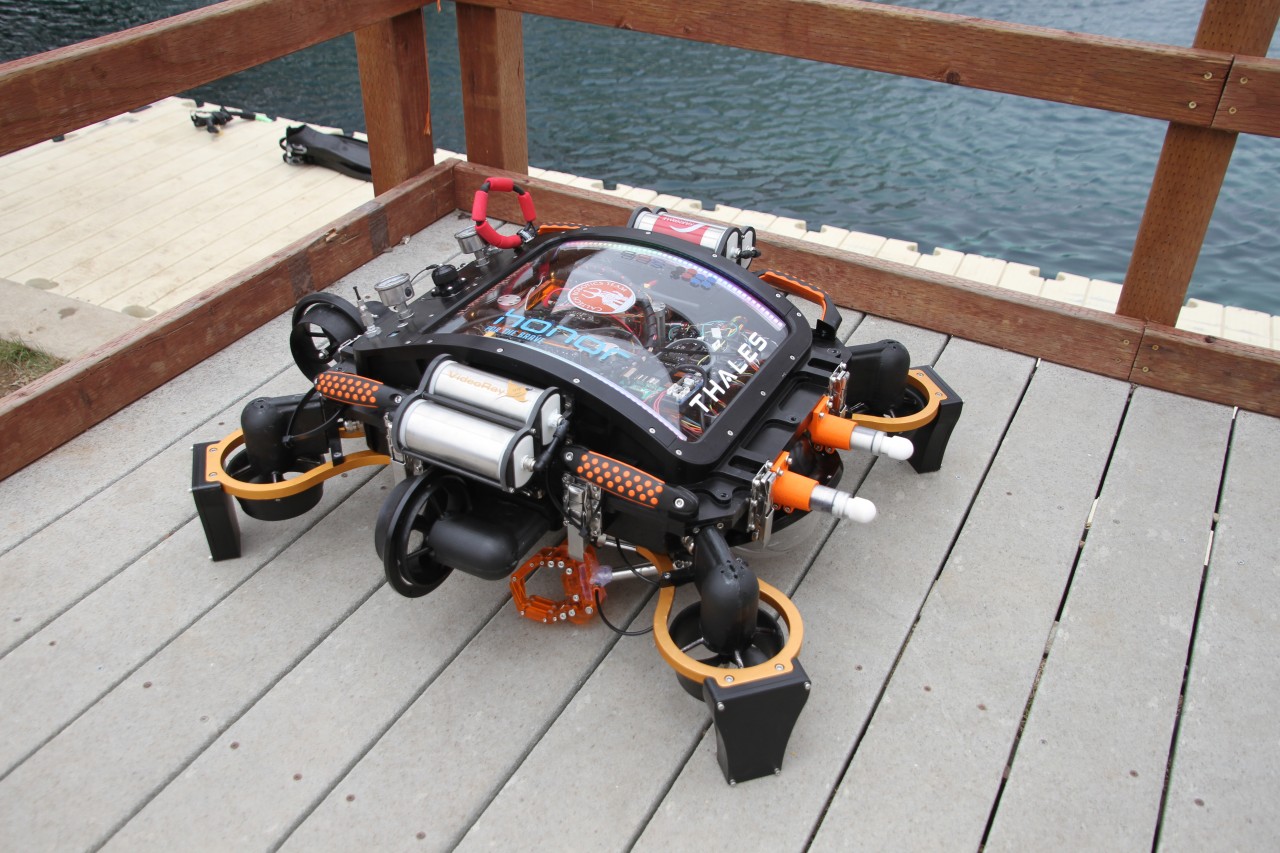 VideoRay thrusters have played a crucial role in many of the winners and top teams at Robosub over the years. At the 2015 competition Mark Fleming, VideoRay's San Diego employee, had a unique offer. Teams who could use the brand new technology in VideoRay's "Mission Specialist" thrusters almost a year before they were commercially available. This allowed VideoRay's engineering group to receive feedback on all aspects of the thrusters – performance, durability, features, and software. While several teams received thrusters, none were as serious or as demanding as Cal Tech's team.

Early in their testing several materials issues arose, and not only did Caltech provide feedback, they wrote a technical paper on their analysis and recommendations. These issues were then addressed before customer shipments. Other suggestions on improvements to control and feedback software are being evaluated for implementation in future releases.

The collaboration with Caltech has resulted in the industry's most powerful, efficient, and advanced thruster in this size and weight category. The fact that is both more powerful and efficient was key to victory in a battery-powered environment like Robosub. Control and feedback are far more advanced than any other option, including VideoRay's previous industry-leading Pro 4 and Pro 3 thrusters.

We greatly appreciate the help we received from Caltech, and look forward to working with their robotics teams for years to come.

On July 14th , elementary school children from Goto city participated in an experiential learning program to study about renewable energy and the local environment. About 90 students in the 5th and 6th grades (11 and 12 years old) had the opportunity to visit an offshore windfarm off the coast of Sakiyama, as well as learn from experts.

This event was organized by the Japan Foundation as a part of their national "Japan and the Ocean" program. This was the second opportunity for Goto city to host the program, this time focusing on "Marine renewable energy, fishery promotion and science".

VideoRay
VideoRay News
ROVs will be used for Underwater Police Tasks, Search and Recovery, Archeological Monitoring, Environmental Surveys, and other tasks VideoRay today announced that it has delivered VideoRay Pro 4 ROVs to the Italian Coast Guard , along with sonars and accessories. These will be used for many of the same tasks that the US Coast Guard, which standardi...
Continue reading
4476 Hits
0 Comments
Tweet
4476 Hits
0 Comments

VideoRay
VideoRay News
​ Customized Mission Specialist Systems to be used to underwater security teams  VideoRay announced a contract was awarded in the first quarter of 2016 with the Indian Navy. This contract was the result of a highly competitive procurement process for a fully upgradable Military Configured Remote Operated Vehicle (ROV) to the Indian Navy to mee...
Continue reading
4358 Hits
0 Comments
Tweet
4358 Hits
0 Comments

This story starts over a hundred years ago when a steam locomotive, a tender, and two box cars hit rock fall debris and fell off a Cliffside rail into Lake Superior. Three crew members died in the accident, but the missing rail equipment was not found until 2014, where one of the box cars was located by Terry Irvine of Ingersoll, PN, Paul Turpin of Discovery Charters in Rossport, ON and Bob Krause of Schreiber, ON. They vowed to return and continue to search, and two years later they did. On July 22nd, Tom Crossmon of Duluth, MN offered his 24 foot Lake Assault boat, ROV, and considerable ROV experience to a crew that also consisted of Ron Benson, Todd Janquart, Dave Schlenker, and Mac Schlenker. Tom's VideoRay Pro 4 ROV could spend unlimited time at any depth that the search would require, and was equipped with imaging sonar. This high tech search tool, combined with Tom's skill and a bit of luck, allowed him to located the locomotive and the remaining cars, and to image them along with the divers after the location was determined.

Recounting his experience, Tom noted "I was blown away to be the first person in 106 years to see this train as were the others on the boat with me." There are plans to return to the wreck site in August to do more documentation of the remarkably good condition it is in.

videora1
VideoRay News
Copilot RI Equipped Pro 4s use Dynamic Positioning Software From SEEBYTE for Mine Countermeasures Pottstown,PA - VideoRay today announced that it has received an order for multiple Copilot RI Systems from the French Navy. These specialized systems, based on the VideoRay Pro 4 ROV with multi-beam sonar and Doppler velocity log positioning, are ...
Continue reading
5157 Hits
0 Comments
Tweet
5157 Hits
0 Comments
Previous     Next
1 2 3 4 5 6 7 8