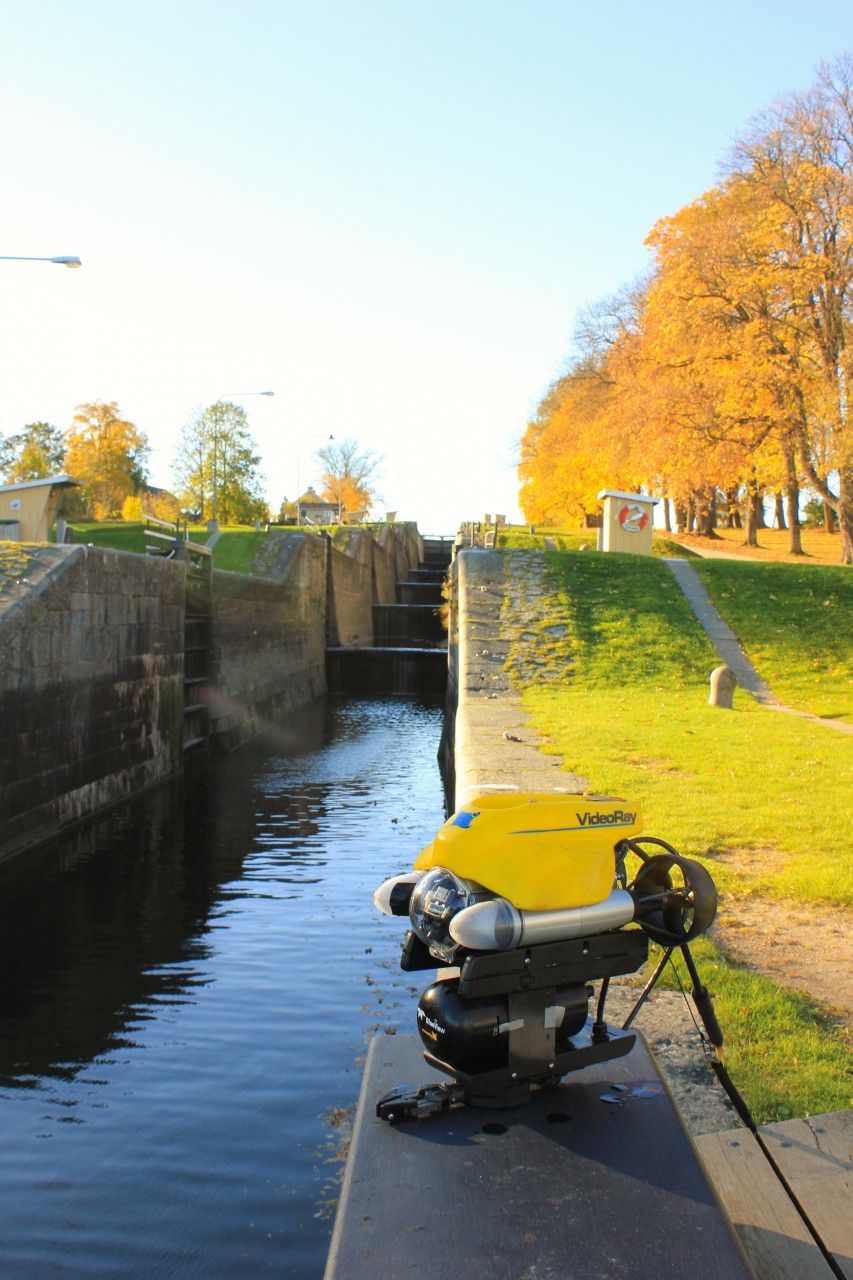 A VideoRay Pro 4 Remotely Operated Vehicle (ROV) is currently being used to inspect the Göta Kanal and its infrastructure, as part of a massive restoration project for the 200 year old canal. The ROV inspection was commissioned by the Swedish Government as part of the canal's renovation, which is expected to cost around 100 million SEK ($11.5 million USD).

The Pro 4 ROV, equipped with a BlueView V-130 imaging sonar and standard manipulator arm, is being operated by Fredrik and Marie Fleetwood of BUVI Undervatteninspektion AB. They are tasked with inspecting all the bridges and locks between Motala and Mem, approximately 89 km (55 miles) of the 190 km canal. The inspections include 30 targets of interest, including several bridges and locks with 4 wing walls each ranging from 5 to 20 meters long. BUVI began the VideoRay inspections last month and expect to continue through the end of November.

The VideoRay ROV inspections will be an integral part of the canal's restoration. The Göta Kanal is both culturally and financially significant for Sweden. Considered "Sweden's Greatest Wonder" and one of its greatest engineering feats, the canal was built between 1810 and 1832 during one of the largest construction projects ever conducted in Sweden. Parts of the canal are still used to transport cargo, however its main use is tourism and transportation. Every year, around 2 million tourists travel down the Göta Kanal on "pleasure cruises".