IMAGES FROM THE B-24 TULSAMERICAN SURVEY

All images courtesy of Megan Lickliter-Mundon and the Institute of Nautical Archaelogy. More images available on the INA website 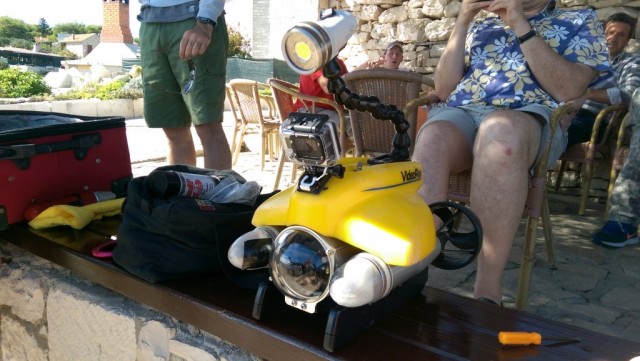 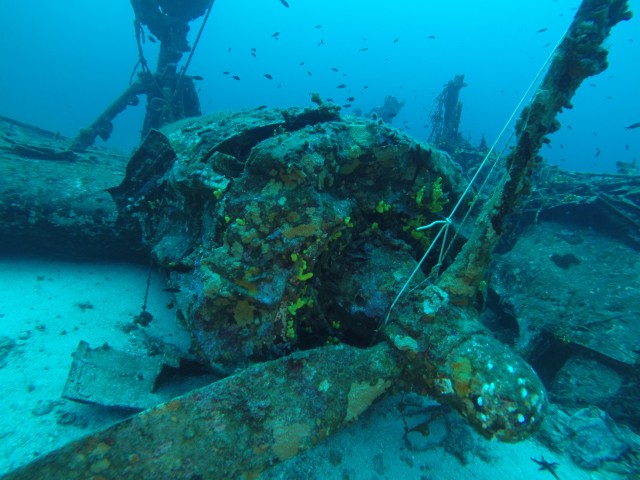 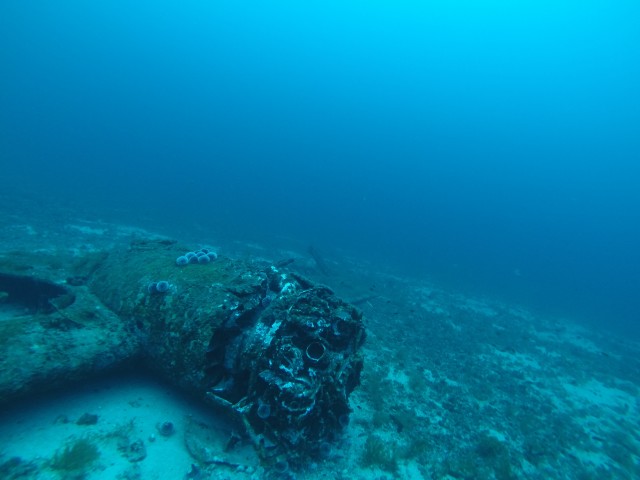 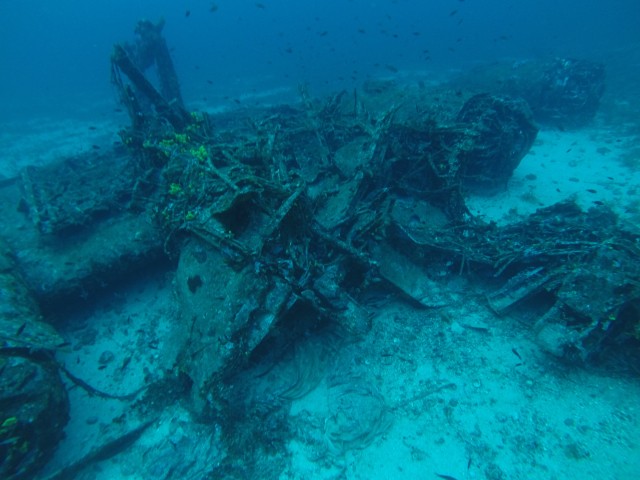 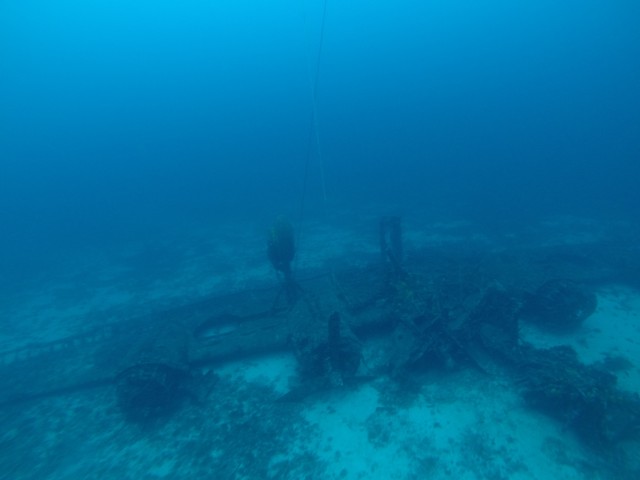 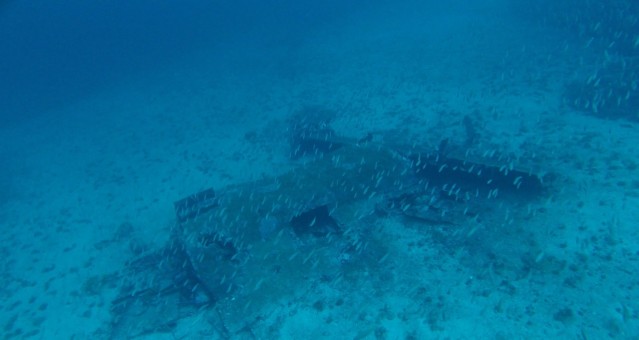 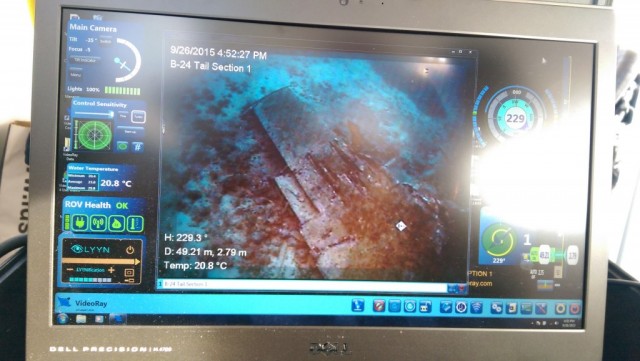 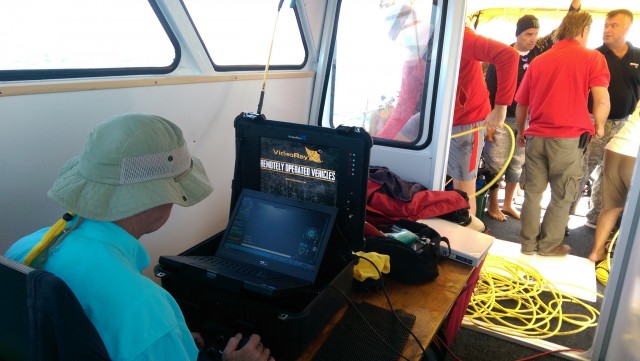 The gallery below contains images courtesy of Steve Van Meter. The first two pictures show the Pro 4 ROV custom rig, and Steve Van Meter operating the ROV alongside two other crew members. The final 5 images are low res screenshots from the computer screen during the Pro 4 ROV survey, to give you an idea of what the project crew could see during the operation. 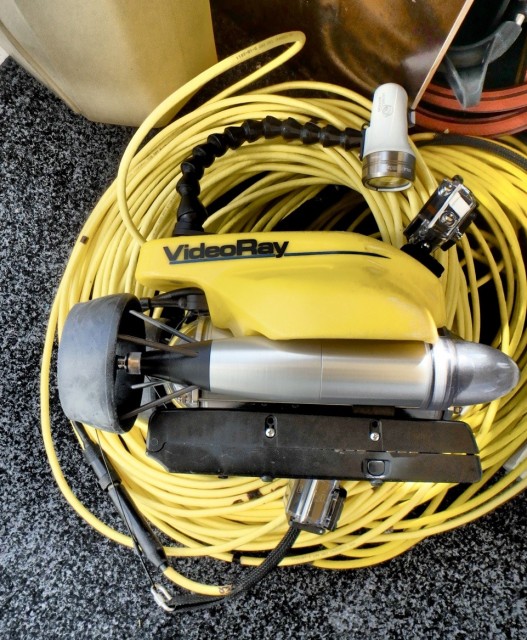 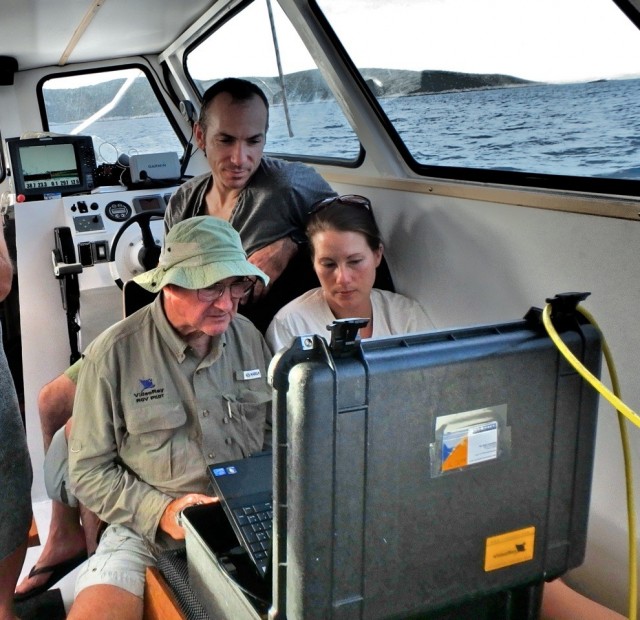 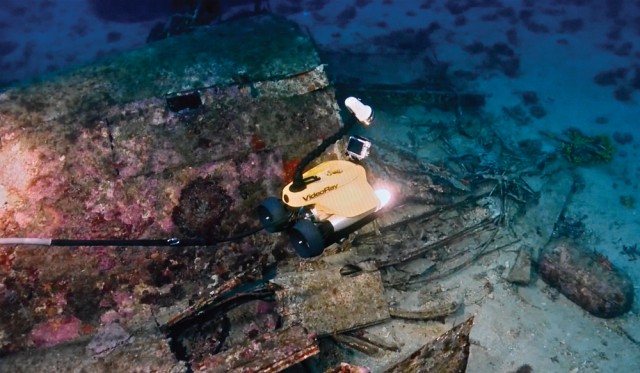 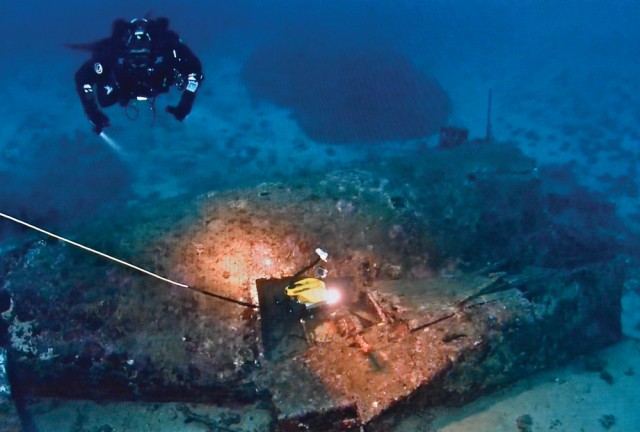 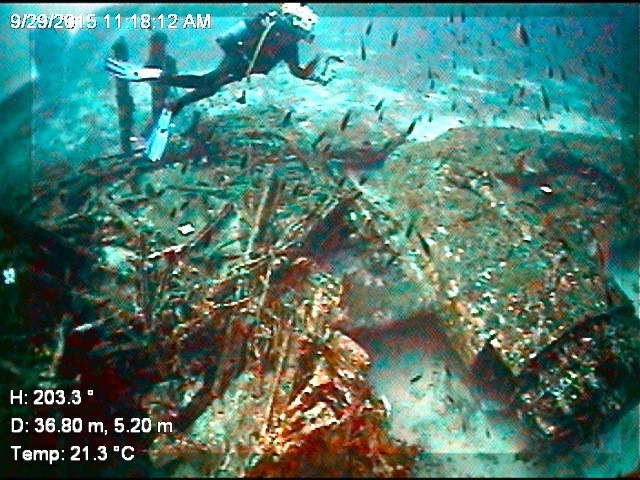 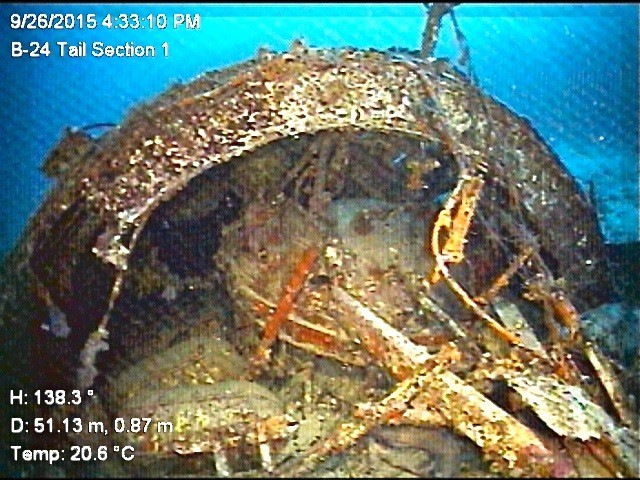 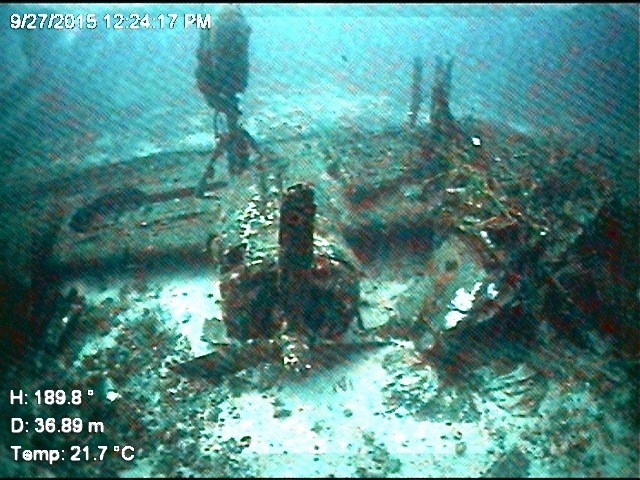