This story starts over a hundred years ago when a steam locomotive, a tender, and two box cars hit rock fall debris and fell off a Cliffside rail into Lake Superior. Three crew members died in the accident, but the missing rail equipment was not found until 2014, where one of the box cars was located by Terry Irvine of Ingersoll, PN, Paul Turpin of Discovery Charters in Rossport, ON and Bob Krause of Schreiber, ON. They vowed to return and continue to search, and two years later they did. On July 22nd, Tom Crossmon of Duluth, MN offered his 24 foot Lake Assault boat, ROV, and considerable ROV experience to a crew that also consisted of Ron Benson, Todd Janquart, Dave Schlenker, and Mac Schlenker. Tom's VideoRay Pro 4 ROV could spend unlimited time at any depth that the search would require, and was equipped with imaging sonar. This high tech search tool, combined with Tom's skill and a bit of luck, allowed him to located the locomotive and the remaining cars, and to image them along with the divers after the location was determined.

Recounting his experience, Tom noted "I was blown away to be the first person in 106 years to see this train as were the others on the boat with me." There are plans to return to the wreck site in August to do more documentation of the remarkably good condition it is in. 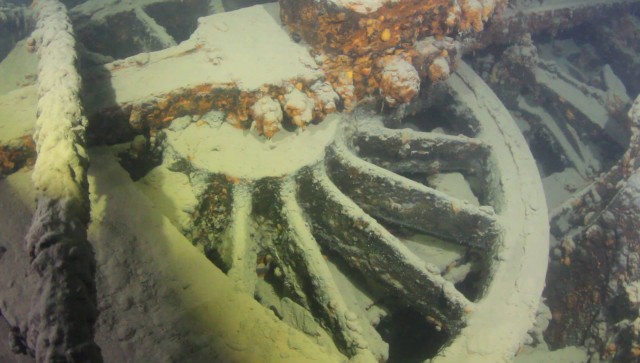 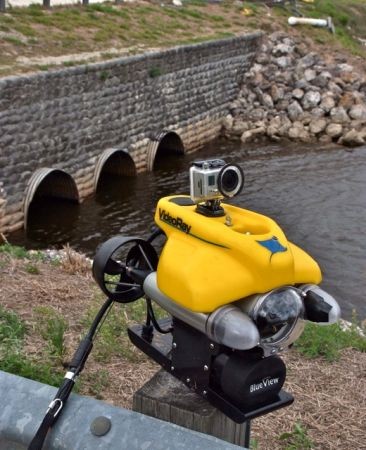