Ooops! You accidentally dropped your cell phone in a lake! It's as good as gone, right? That's what a young woman in Stockholm, Sweden thought when her phone suffered that soggy fate back in August.

Fortunately, there's a very happy ending to this story, thanks to a commercial diver and his trusty VideoRay Pro 4. Not only did the diver recover the phone in 20 feet of water – it was in perfect working order!

Edvin Tousi and two of his colleagues weren't deliberately searching for the phone when they were at Lake Mälaren, just west of Stockholm, on September 27. The owner of Era Marine AB was there with his Pro 4 to check out a pontoon restaurant called Mälarpaviljongen that sits on the water. While inspecting the underside of the vessel, the remotely operated vehicle (ROV) spotted the phone on the lake floor.

After fishing the device out of the water using the Pro 4's manipulator arm, Edvin place it in his boat and returned to his office a few hours later. Much to his surprise, after charging the phone, he discovered that it was in great working order.

"The funny thing was, we didn't even try to dry it," he added.

Although the device was locked, on the phone's screen was a picture of a woman and man. Edvin decided to post a photo of the phone on LinkedIn, Facebook, and Instagram, letting folks know where he found it and encouraging them to contact him if it was theirs. A few days later a local TV station picked up the story and interviewed Edvin about his unusual find.

He ultimately connected with a woman on Facebook, Olivia Frisendahl of Stockholm, who said she lost the phone the night of August 19 while at the restaurant. She jumped in the water in a vain effort to retrieve it and returned the next day with her boyfriend to search for it but came up empty-handed, Edvin said.

Once the owner and phone were reunited, the TV station did a follow-up story and interviewed the happy couple.

Edvin noted that the Pro 4 and a VideoRay Explorer ROV that he also owns have been used to locate cars, boats, and even bicycles. He's found both submersibles to be very reliable since buying them about a year ago. 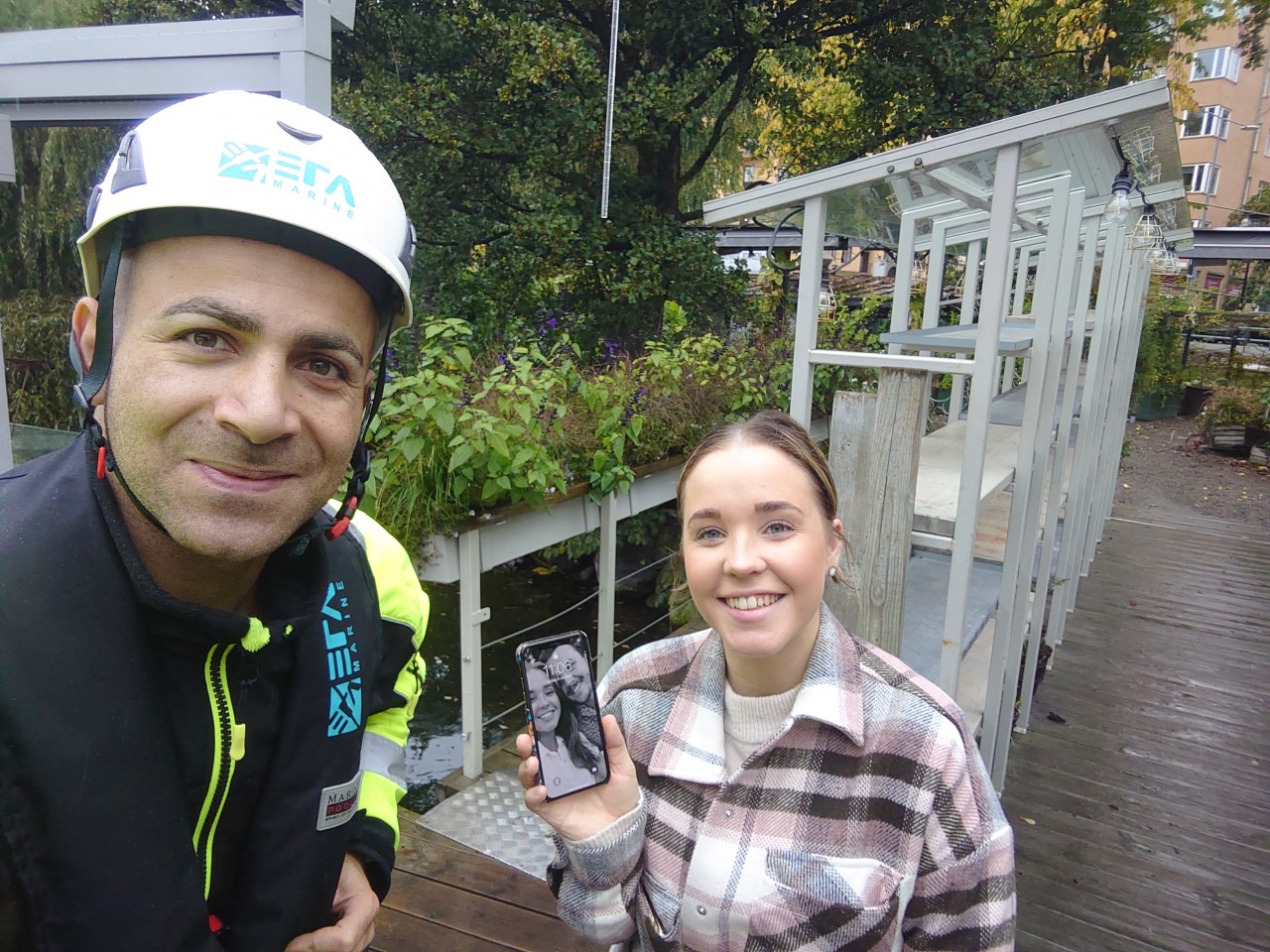 Olivia Frisendahl of Stockholm holds the cell phone she lost in a lake. Fortunately, it was recovered by Edvin Tousi, left, and his trusty VideoRay Pro 4. Tousi, a commercial diver, found the phone a month after it was lost and discovered it was still in great working order.
Insights: 5 Reasons To Use ROVs For Inspecting Loc...
Insights: 5 Tips For Navigating VideoRay’s New Vir...