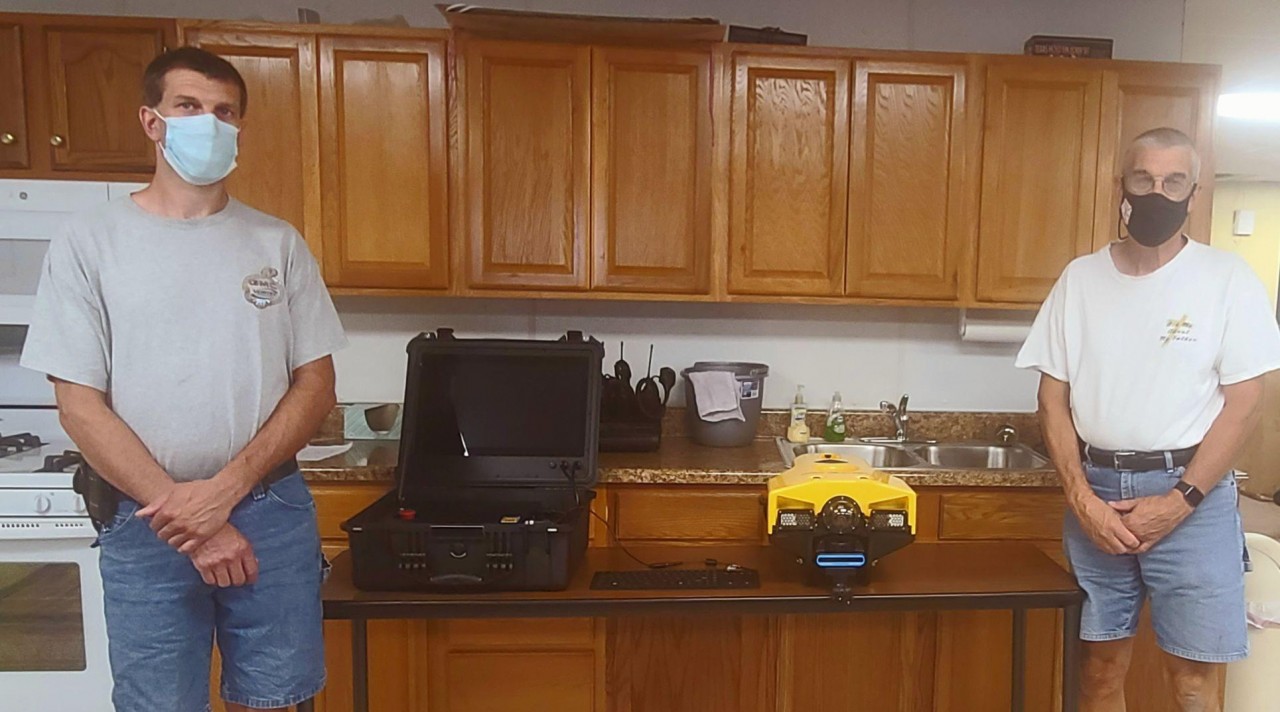 Marklesburg fire chief Marlin Hunsicker, left, and his father Brian, right, who serves as fire company president, pose with the fire company's new underwater remote operated vehicle (ROV) the company recently purchased and will be placing in service. The new camera system replaces one initially purchased a few years ago.

​On Aug. 18, 2012, 16-year old Clay Bishop jumped off the cliffs near Susquehannock campground on Raystown Lake and didn't surface. Unfortunately, after a three-day massive search involving many agencies, divers and rescue services, Bishop's body was recovered not far from where he entered the water.

The event initiated a fund drive for the Marklesburg Volunteer Fire Company to purchase a VideoRay underwater camera system and associated components for use in drowning events. Fortunately, the camera system has not had to be used on many occasions.

Nearly a decade after Bishop's drowning, the fire company recently announced it has traded in the original camera system and has secured a new one with updated features. Eliminating as much added cost as possible, fire company officials decided against purchasing all the "bells and whistles" that came with the new system and maintained some components of the original system like tethers to keep the cost of the new system to a minimum.

VideoRay training U.S. Army Corps of Engineers, Pi...
RE2 Robotics uses the VideoRay Defender for the US...