Pottstown, PA - In 2015, Howard County was facing a challenge with their many underwater response calls. They averaged one drowning a year plus several additional calls for the many reservoirs within the county. Each call required a mutual aid request from an outside agency, and response times were unpredictable. After placing a side scan sonar unit in service in 2014 the team was looking for the next step and an alternative to always placing divers in waters which often have bottoms covered with trees. In addition, some calls involved falls through a layer of ice – something that is also extremely hazardous for human divers.

At the request of Special Operations Battalion Chief- Gordon Wallace, Captain- Vincent Baker's team at Fire Station 11 was asked to look into what an ROV could do for the department. When they read about the capabilities of new observation-class ROVs – small, portable, rugged, and reliable – and equipped with sonars and grabber claws, they realized they had a possible answer. Interviews with other agencies, and the local US Coast Guard unit steered them to VideoRay LLC, in nearby Pottstown, as the vendor with the best fit for their requirements. A procurement and training class for Station 11 was conducted during the summer of 2015.

Howard County has already used the equipment for a dam inspection, which resulted in urgent repairs that the county did not expect. In exercises with a rescue manikin, they have demonstrated the ability to locate and recover a victim inside an hour, and are confident they are prepared to respond to underwater emergencies that arise. 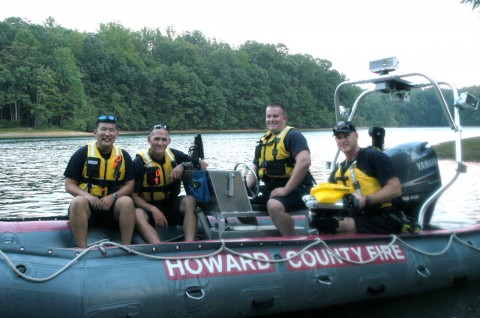