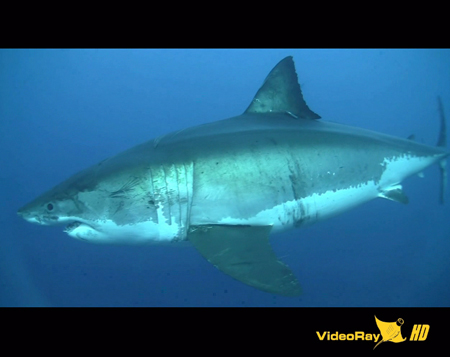 Chris Fischer, Dr. Domeier, and the professional angling crew of the M/V Ocean have mastered a unique process where they actually hook these giant fish and bring them aboard their vessel for a short time in order to perform a number of scientific procedures including GPS satellite tagging, blood & sperm extraction, and quantitative analysis. The ultimate goal is basic – to learn more about the social interaction, behavioral structure, and breeding patterns of this species that has been swimming the world’s oceans for approximately 16 million years.

The VideoRay Pro 4 ROV system, fitted with a custom High Definition video camera, was deployed from the M/V Ocean in Guadalupe Island, Mexico to gather unique POV underwater video footage of the Great Whites. This technique was effective in gathering footage that could not be acquired with the normal underwater pole cameras and those held by divers in shark cages. The 10 pound VideoRay ROV was able to dive deep and swim freely among the sharks who were at times more interested in the machine than the whale blubber buffet that was set on a massive 12” circle hook for them. At times the ROV would be swimming with the sharks at depths of 100 feet while being circled, bumped, and sniffed out. The crew discovered that they had to remove the VideoRay when sharks got too close for comfort and before they made a meal of the VideoRay submersible.

VIEW HD FOOTAGE FROM THE VIDEORAY HD ROV HERE Be sure to set the resolution in the YouTube viewer to 720p HD for best viewing results.

See the VideoRay ROV in action in Expedition Great White – The Perfect Catch. 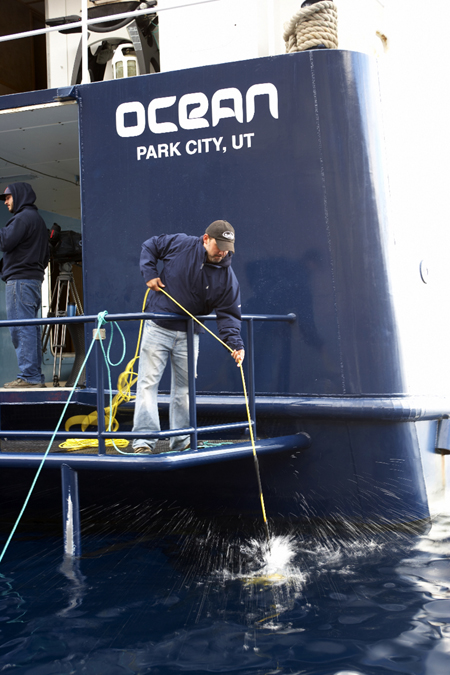 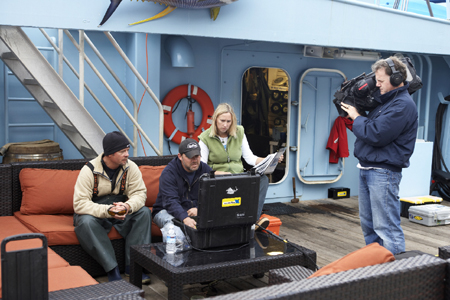 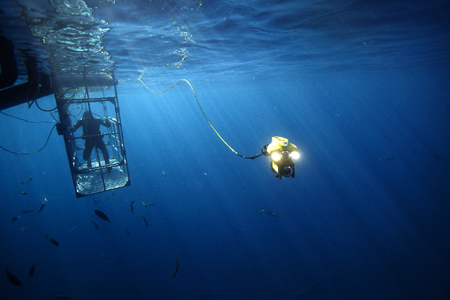 The VideoRay HD ROV swims past one of the 2 shark cages off the stern of the M/V Ocean. Photo Courtesy National Geographic 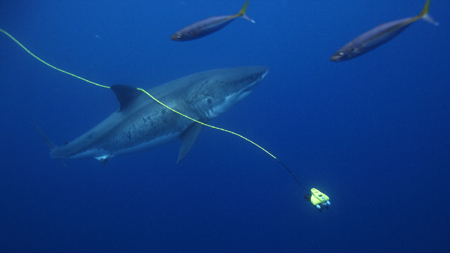 Photographer Mark Frapwell captures this image of a Great White swimming under the ROV’s tether from one of the shark cages. Photo Courtesy National Geographic 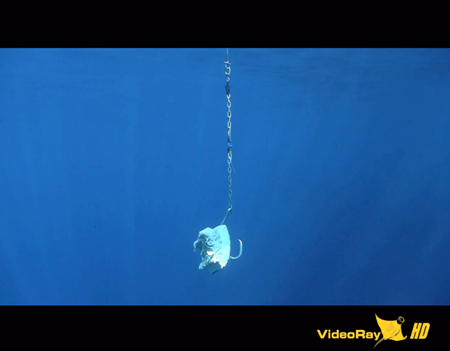 Still image captured from the VideoRay HD ROV of the bait – whale blubber on a 12” circle hook. Photo: VideoRay LLC 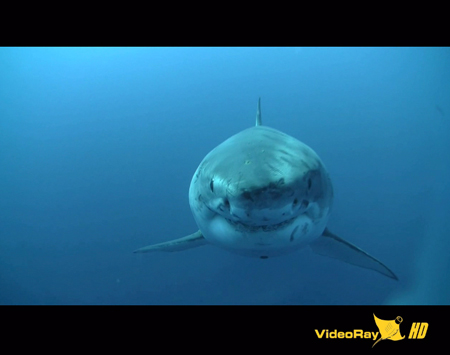 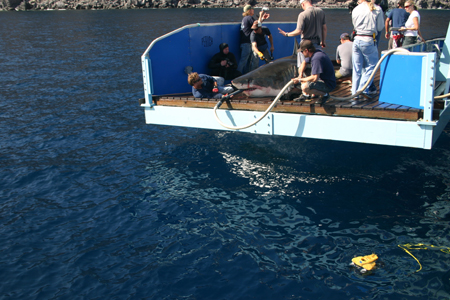 The VideoRay ROV awaits the release of the shark from the cradle in order to follow it and ensure a healthy and safe departure. Photo: VideoRay LLC

VideoRay introduced its first ROV in 2000 and has since become the world’s largest volume producer of underwater ROVs. VideoRay underwater robots help prevent terrorism, find and retrieve objects, inspect infrastructure both inland and offshore, and keep divers safe from hazardous conditions. As VideoRay innovates with new designs and functions, our ROVs assist in increasingly challenging situations and environments, and owners have learned to trust them to perform in more demanding missions. The hallmark of VideoRay systems are ruggedness, reliability, portability, and easy customization with the widest range of sensors and tools available for observation class vehicles.